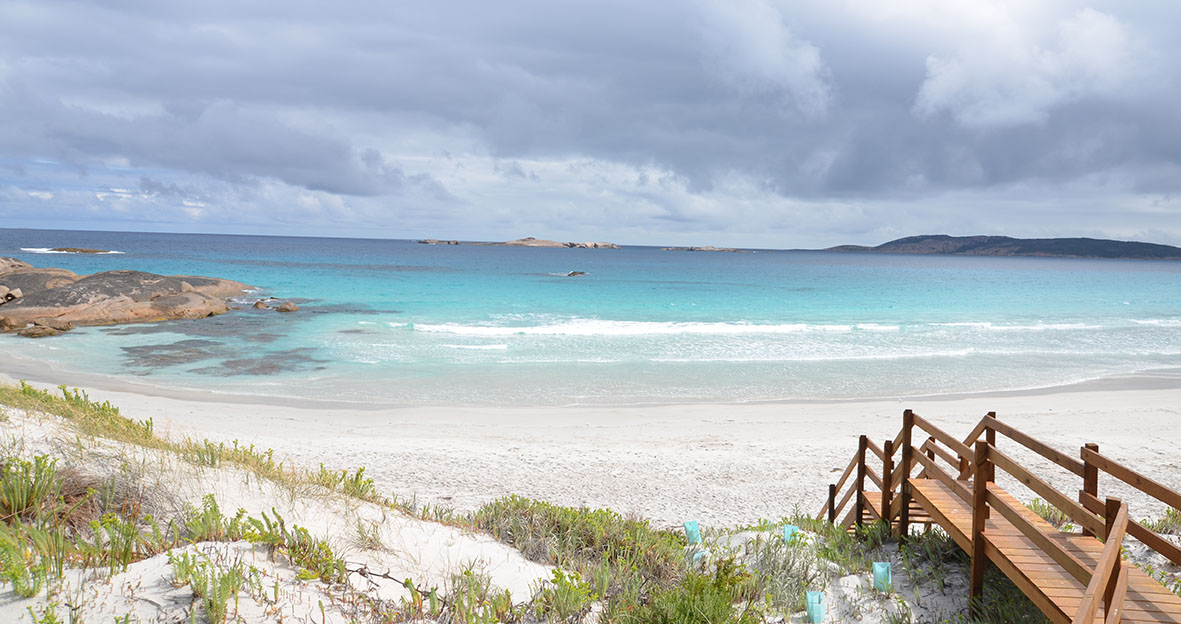 Three whole days without having to pack up and move on – bliss, especially for Steve after 12 days and about 1400 km on the bike. So what did we do? Well Saturday was pretty much a lay about and put our feet up kinda day. Vin and M painted together (Vin needed to finish a portrait for his girl in Germany), and in the afternoon we all went down to the beach for a swim, though Vin wandered the foreshore rather than get wet. After that a bike ride along the coastal bike path to check out some of the beaches to the west. M was a little out of condition and it turned out to be a rather hilly ride, so only about 15 km in total.

We also worked on catching up with blog posts – it’s a little more challenging to keep up than we had anticipated, especially with reliable WiFi being difficult to find. We are using up our data plan at a rapid rate, going into deficit now, this means we may have to limit when we upload our posts, so expect to get a few at a time.

On Sunday we headed out to Cape La Grande National Park. Wow. Spectacular beaches and bays, beautiful rock formations – an amazing place. We will be back, especially as there are campsite upgrades being worked on now and it looks like Lucky Bay particularly will be a fabulous spot to spend some time. There is even a coffee van on the beach, and it was great coffee too! 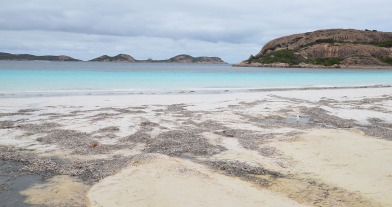 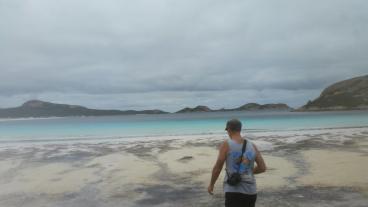 On the way out we saw our first lot of burnt out land from the November fires. Kilometre after kilometre of eucalyptus plantations decimated – it was quite a sobering sight imagining what it would have been like as the fires came through. 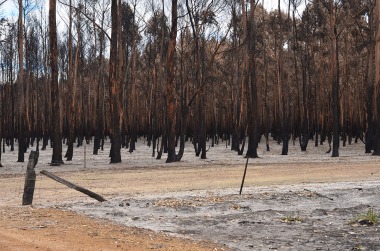 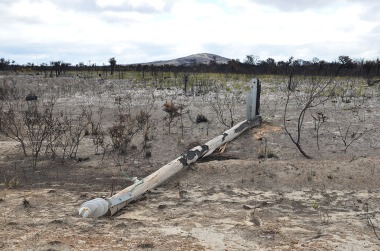 We also passed by a full size replica of Stone Henge, which we decided against visiting as it was pretty pricey – the real thing is probably better, though this one was built to show what it was originally like rather than the ruins that now exist.

On the way back to Esperance we stopped at Frenchman’s Peak, a rather spectacular rocky outcrop that has a walking path to the top. While M remained below drawing the peak, Vin and I did the 30 min climb up to be rewarded with wonderful views. 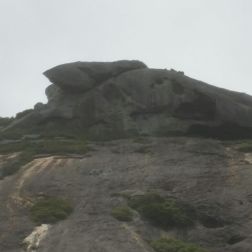 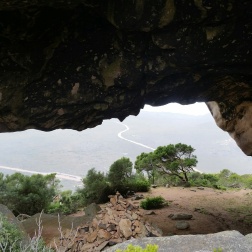 On our return to town we drove the loop around Esperance that takes you along the coastline where we found even more gorgeous beaches and bays, and then around Pink Lake – sadly no pink for us, but similar to the one on Rottnest Island. We went back to camp for an early night as Vin was leaving on an early flight back to Perth and thence to Frankfurt, and we had lined up a couple of media interviews with local radio stations and a car service.

Up by six on Monday, Vin ready and raring to go with several reminders: “I think we should get going soon..” Funny. In the end we were early and his plane was late, so he was waiting in little Esperance airport for quite a while. We headed back to town and spent most of the morning with radio presenters (Mandy at Radio West and Stan at ABC Esperance) recording interviews for the next morning – it was a bit of fun really. Have a listen to the mp3 if you are interested on Mandy’s blog from Radio West if you’re interested. We’ll add a link to Stan’s interview later :). 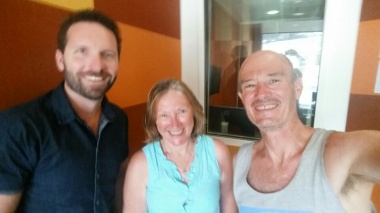 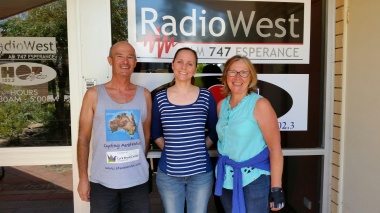 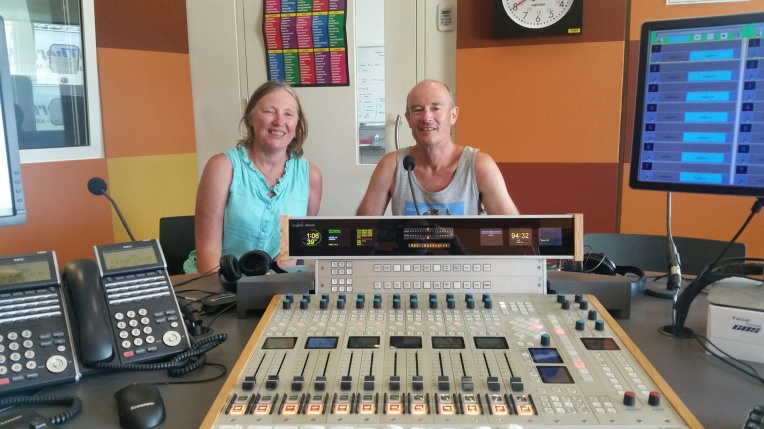 Back to camp for more blogging, re-sorting our car setup, and getting ready for another nine days on the road before a break for Christmas at Border Village in the middle of the Nullarbor.

And now for a small ‘podcast’: Living out of the Pod

You’ve seen photos of the little (very little) yellow teardrop van, and some of you may be wondering how it works. Well, here is a first installment of these ‘podcasts’: the kitchen. 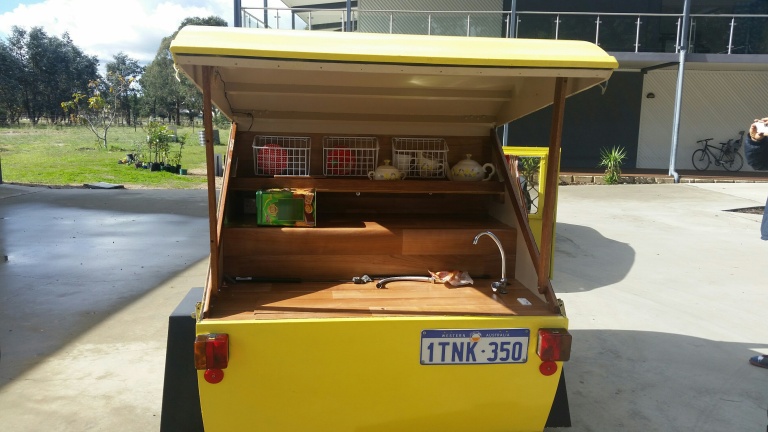 When we bought our yellow cocoon it had some basic features for the kitchen: when you lift the lid there are two shelves and a bench with a removable section that reveals a small fridge powered by a 12V battery (there is also an inverter to provide 240Vac power to some outlets in the kitchen and the bedroom). There is also storage room under the bench and this is where our canned goods live on one side and our pots, pans and other cooking utensils on the other – it is surprising how much we fit in there actually. Originally that space was meant for a sink (you can see the tap that was originally included), but we decided that just using on a plastic tub for washing up would do. 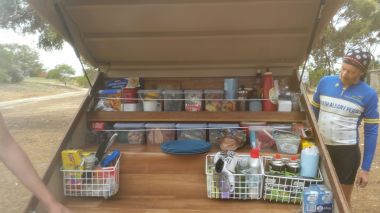 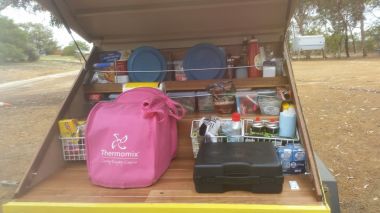 To make the shelves as useful as possible we bought a bunch of food storage containers that fitted the spaces available and keep them in place with plastic coated stretchy wire. We keep food, cutlery, coffee cups and other assorted items in these containers and squeeze other things like bottled sauces, oil and paper towels around the containers. At the back of the bench we have three wire baskets attached to hold the burner gas, washing up items and plastic baggies and other such useful things. In the space left the Thermomix and small gas burner sit happily and securely once the lid is shut down. 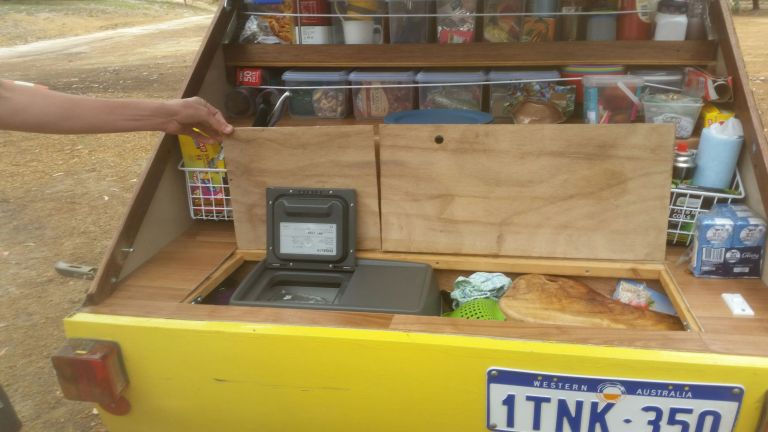 The small fridge is the perfect size for some butter, milk, yogurt, cheese and very importantly, blocks of chocolate. For everything else that needs to be cold we have a pretty good quality esky that lives in the back of the car next to my canvas carrier (which takes up about half the back of the car…I think my art materials make up most of our luggage! I am making use of them – check out my instagram posts @mirand1459 as well as pics that make it to the blog).

Next ‘podcast’: the bed/living room