After a very peaceful evening and glorious sunset we rose early and went for a walk up a small hill at the back of the Spear Creek Caravan Park. The views were magnificent and we made the acquaintance of a very friendly horse who was hankering for a carrot but had to make do with a pat. 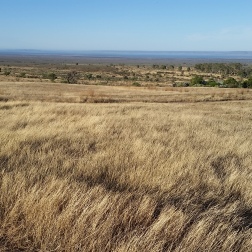 I said farewell to Erica and Tony and commenced my pedal southwards, once again treated to very favorable winds, pleasant temperatures and quite roads. Following the steep, short and sharp heart-starter named Horrocks Pass I journeyed through the beautiful little country towns of Wilmington, Melrose, Murray Town, Wongyarra, Wirrabara, Stone Hut and Laura (where CJ Dennis lived in his formative years) before arriving at my destination for the evening, Gladstone, ahead of the hottest part of the day. 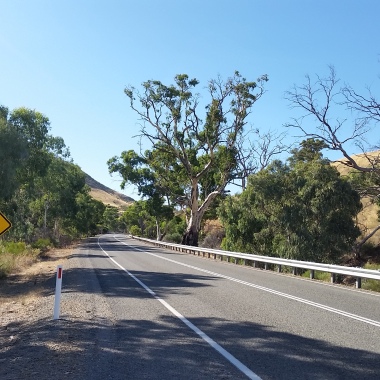 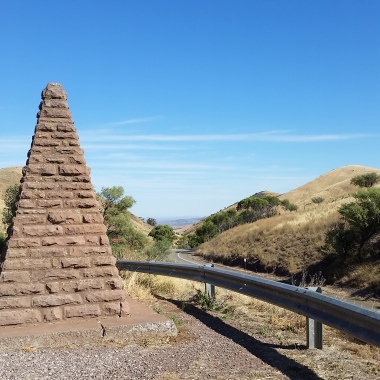 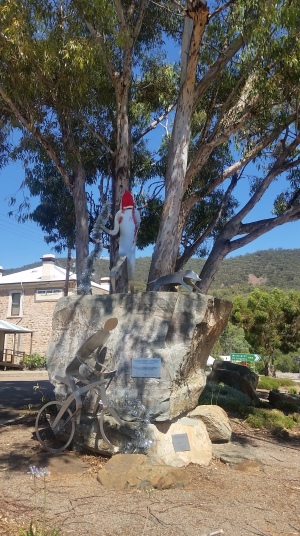 My daughters, Jenny and Kt will remember the CJ Dennis book of poems often read to them when they were young children, particularly the lines from ‘Going to School’ modified to ‘Jenny at the bridle-rein in the middle Jake, little Katie up behind, her legs out straight’.

As I was approaching Melrose I stopped to view a massive commotion in the sky, two hawks being harangued by a flock of cockies, there was a lot of squawking and swooping, however the hawks seemed completely nonplussed. When I went to ride on to Melrose I discovered my second flat tyre of the entire journey; front one this time.

Miranda had remained at the Spear Creek caravan park to paint, in oils, a view of the iconic river red gums with the Stirling Ranges as a backdrop. By the time she arrived at the caravan park the temperature had climbed to about 35 deg C and we decided to head into town to the air-conditioned comfort of the Commercial Hotel where we chatted with Helen behind the bar and Merv who was on a strict self imposed regime of two pots (small glasses of beer) pus two cans to take home. He did try to negotiate a four and four deal with Helen, however she stuck to her guns and he departed after his two drinks.

After some food shopping we returned to the pod at the caravan park, which happened to be next to the local swimming pool. The pool hours were quite complicated, however we were happy to see that it would be open 6 – 8 pm as long as the temp exceeds 32 deg C. Well it certainly was, so bang on 6 pm we were in for a refreshing cool down.

Gladstone has some lovely old buildings and used to be a major rail centre back in the day when bogies needed to be changed to accommodate differing rail gauges. It also boasts a gaol which was decommissioned during the ’70s and is now a tourist attraction. The town, however, is sadly in decline, finding it hard to compete for tourists with nearby Laura and Melrose which are both thriving.

The park managers arrived in the evening, giving us a discount on the night’s fees before we made use of the very well appointed camp kitchen to produce another healthy meal from the Thermomix and retiring to bed. 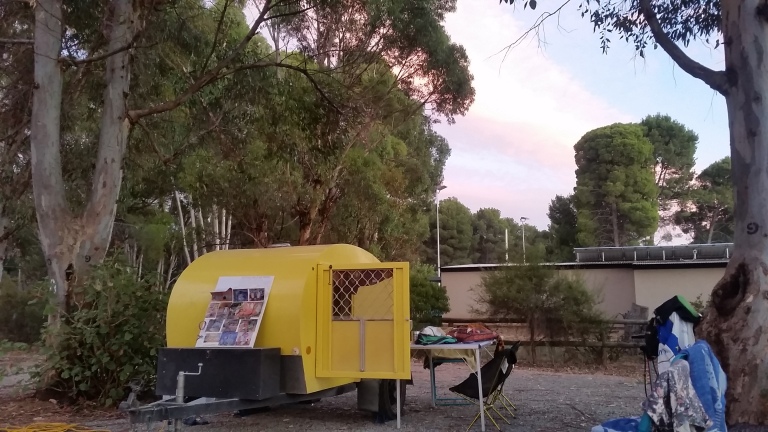