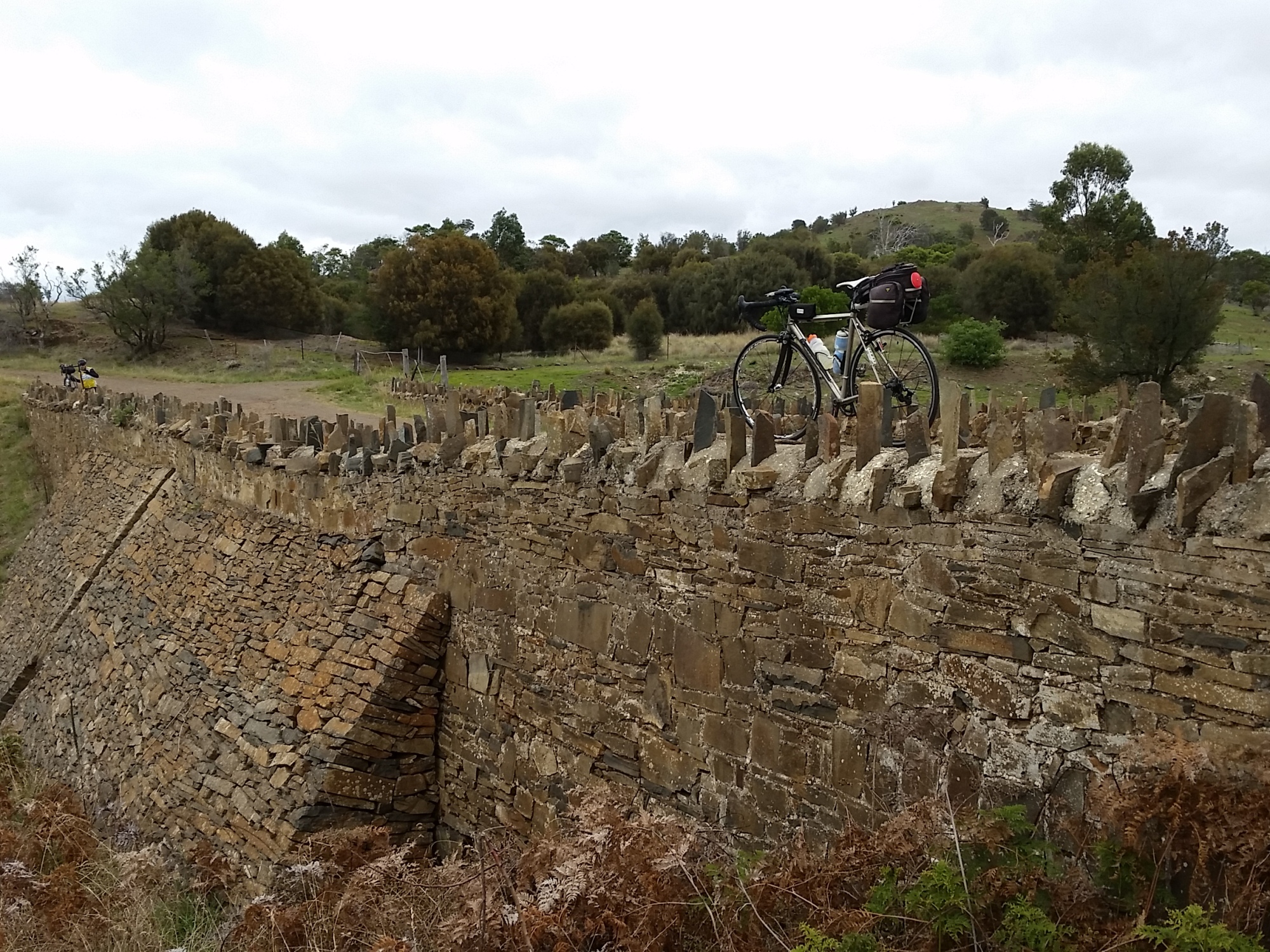 This stage took us from Scottsdale to Gowrie Park in a very circuitous 366km path with 4,271m of climbing and about 20km of fairly challenging dirt to negotiate. We awoke early and were out in the chill of the Gowrie Park morning before 5am and straight into a 500m ascent which certainly warmed the body. We followed the A3 to Launceston for a welcome coffee stop then continued past the spectacular Cataract Gorge (just outside the CBD) and followed a very scenic back road along the Tamar river. We turned off the main road at Exeter and followed B71 and B72 and a string of other B’s through Glengarry, Birralee, Westbury (control stop), Hagley, Longford and Cressy before making our way to the Great Western Tier and the huge (1000m) Poatina climb. 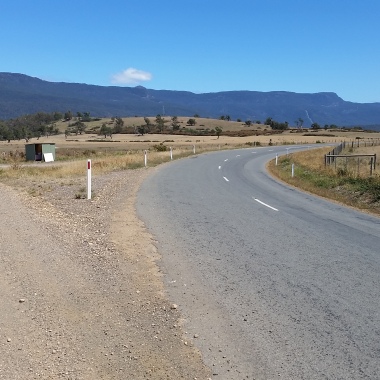 After reaching the summit and downing a soft drink kindly left at the top by the ride organiser we proceeded along the Central Plateau to a lunch stop at a much welcome lodge on Poatina Road, food was certainly required as I had hit a bit of a low point at this stage, feeling physically and mentally spent.

We had been looking forward to the descent into Deloraine, however RO Andrew’s strong and repeated advice was ‘do not descend quickly in the dark’. Advice which I may have ignored except just on dusk and not far before the Deloraine hill a pademelon came shooting across the road from my left, slipped just in front of my wheel and regained its running feet just in time for me to miss hitting it, all in the blink of an eye. Needless to say the downhill to Deloraine (control stop), which could have been so much fun, was relatively slow and very cold. Slightly refreshed we moved on through Elizabeth Town, Railton, the home of topiary, and Sheffield before arriving at our destination for the evening, Gowrie Park at about 11pm for a few hour’s sleep before our fairly relaxed 7am start the next morning. 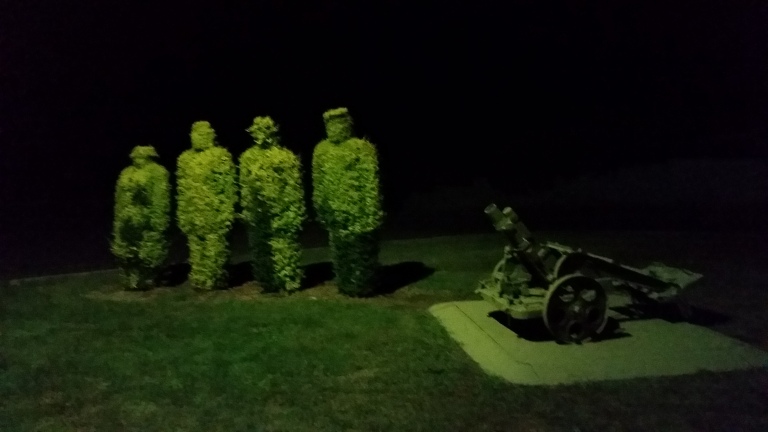 Gowrie Park to Queenstown via Zeehan and Strahan was the shortest stage at 222km, though with 3,488m of climbing it contained the greatest number of elevation metres per km. With a leisurely departure after a filling breakfast we rode through some of the most spectacular scenery Tasmania has to offer through the Cradle Mountain Lake Saint Claire National Park. First stop was a secret control at a delightful café on Cradle Mountain Rd. We pedalled on through Tullah (coffee stop), Zeehan (control) and Strahan before arriving at Queenstown, our destination for the evening just before sunset. The pizza for dinner looked insurmountable, however most riders managed to finish their huge meal before retiring for much needed sleep before the 4am start in the morning.

While I was riding Miranda travelled to Sydney to visit her very ill father, Les Free. Luckily she was able to spend several hours over a couple of days with him before he died peacefully this morning with his wife, Joanne by his side. Instead of returning to Hobart today, Miranda elected to stay on with her step-mother for an extra couple of days.

Queenstown to Hobart via Derwent Bridge (control), the wild Franklin River, Tarraleah (of ‘big pipes’ fame), an echidna and Ouse (where greenies should be shot and served with tofu) necessitated an early start because the rules of Audax would see the first control close at 9:47am. With a significant amount of climbing to get there most riders, including this one, departed at around 4am. It was great that all riders not already retired made the cut-off and went on to finish the days 264km and 3,164m sojourn to Hobart within the 90hr time limit. Stage Four was tough due to lack of sleep and exhausted bodies being challenged further by an afternoon sea breeze which provided a strong headwind for the last 50km or so into Hobart. We were all grateful as we approached the Whaler in Hobart where some much earned and greatly appreciated rehydration awaited us. 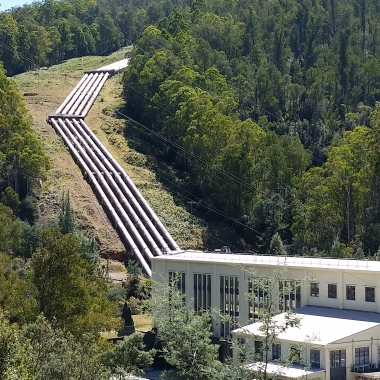 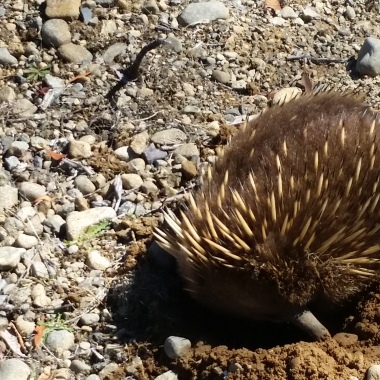 As Miranda was still in Gosford, after a few drinks and a lot of mutual back patting, Leah drove me to our Hobart caravan Park so I could retrieve the pod and relocate to our home for the next few days, the Wyndham resort at Seven Mile beach. Spare key in hand I went to start the car and….disaster, flat battery. In Leah’s words, my mind ticked over very slowly trying to work out the best solution to get us going: after half an hour or so and some body contortions with jumper leads in the back of the wagon (yes the battery is in the back!) we had success. Back to the Whaler to pick up bike and Mark before resting up in luxury for a couple of days. 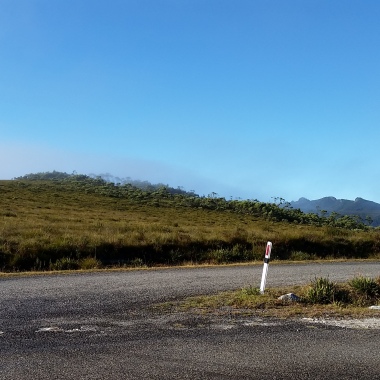 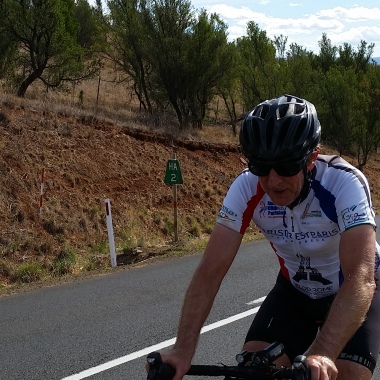 I took the opportunity to have a greatly needed recovery day, rather than accompany Mark, Leah and Kathy to MONA which we had planned to do until Miranda’s extended stay on the mainland. I rested and took care of some domestic tasks before picking Miranda up from the airport. That evening we all shared a lovely simple meal of toasties and salad with old friends of Mark and Leah’s from when they lived in Hobart way back in the 80’s. Doesn’t time fly!

Now that I have returned from Sydney, I will take over descriptions of the next few days which we made sure were busy to keep my mind off sadder things. We would be returning to Sydney together on Friday evening to attend Dad’s funeral, so we revised our program accordingly. As Steve has pretty much covered the Tasmanian leg on bicycle by doing the Audax ride, and he really needed a good period of recovery, we mostly planned touring by car for the rest of our time in Tasmania. We decided we would fly in and out of Launceston as that fitted in with previous arrangements to meet up with Steve’s brother Tim who was flying in there on Thursday.

But I digress, we remained in Hobart for another night and as MONA is closed on Tuesdays, we took a day trip down to Port Arthur with a quick stop at the famous Tessellated Pavement – the subject of a future painting or drawing I am sure. 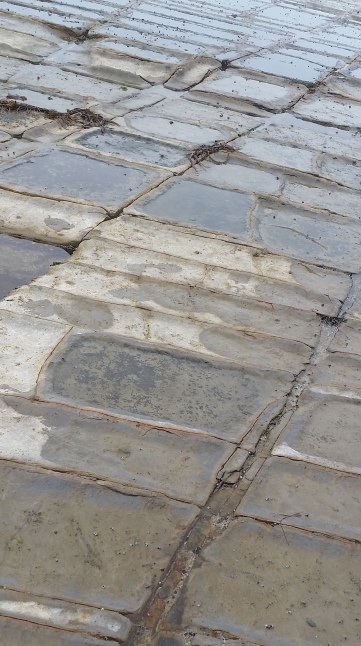 Steve had been to Port Arthur when he was 16, and given the recent history, together with the general increase in tourism, did expect it to be a different experience. Indeed, it was, but with the new visitor centre and car parking arrangements it turned out to be a much better destination than when he last visited. Instead of parking down on the reclaimed fields (where the bay was filled in by the convicts) parking was now off the historic site and this meant that it felt much less crowded with visitors.

Since the sad events that took place in April 1996, it is obvious that a great deal of thought has been put into creating a new visitor centre that incorporates an interesting museum type exhibit downstairs as well as eating and gift shop areas. While it is quite costly, the entry fee includes an orientation walking tour with guide and a ferry trip around the bay that describes various features such as the Island of the Dead and the adolescents work site. We had a very enjoyable afternoon exploring the remaining buildings that have survived fires and the deterioration wrought by the harsh climate. 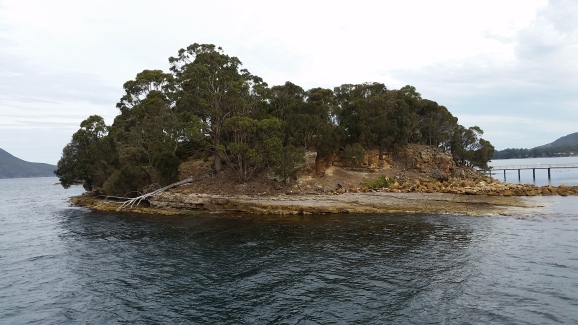 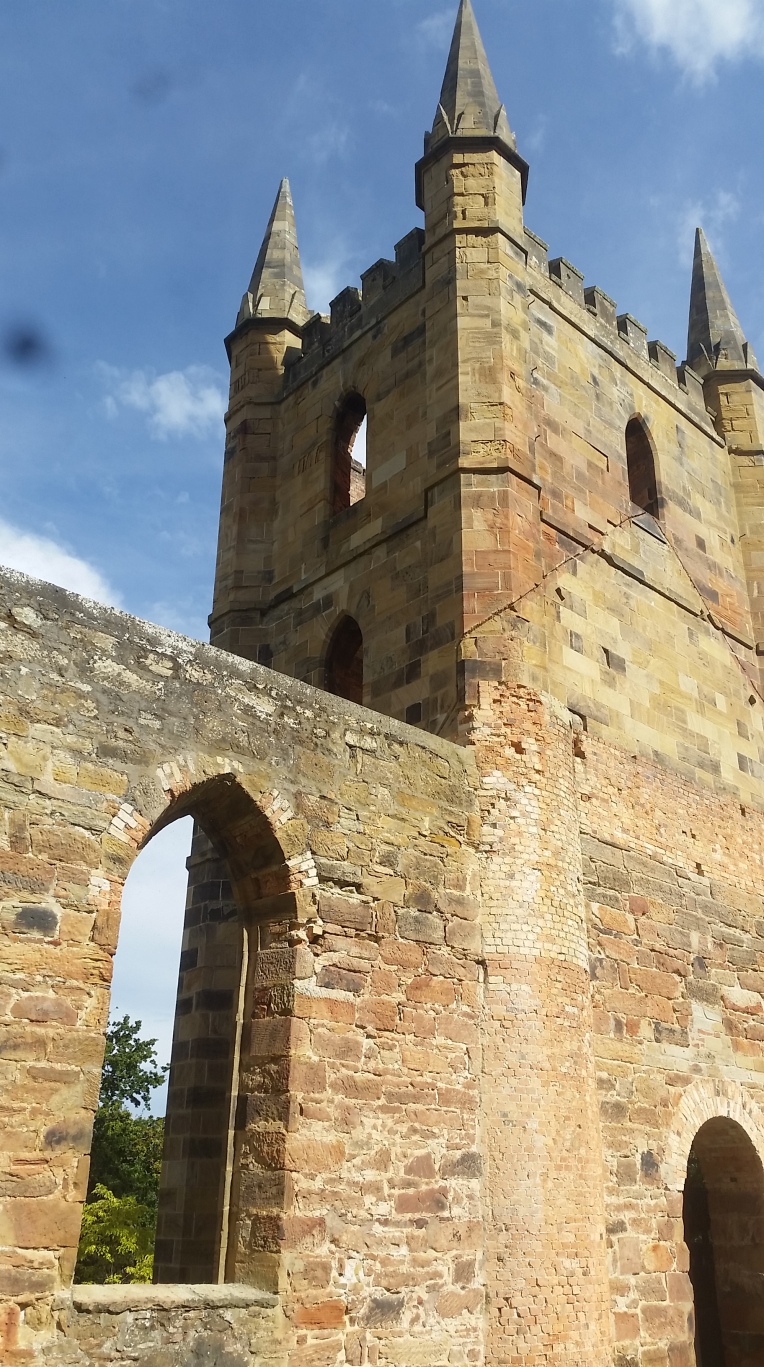 In the evening we could up with Steve’s lovely niece Brigitte for a delightful meal in the resort restaurant. She has recently taken up a position as an intern in Hobart after completing her medical studies – and so far seems to be enjoying the change.

On our last day in Hobart we headed over to experience MONA – a must do on the cultural calendar! We spent most of the day there and managed to see most of the exhibits apart from the infamous ‘poo’ machine or all of the many installations and sculptures that dot the grounds. The building itself is an amazing piece of architectural art – well worth a visit. We also enjoyed a delightful lunch, and I was happy to discover that founder, David Walsh’s special ‘toastie’ is vegetarian, as is he! After we had exhausted our gallery viewing attention span, we picked up our van from Seven Mile Beach and headed off to nearby Orford where we found a rather lovely brand new caravan park. As we cooked dinner we enjoyed the company of a lovely couple who were doing a short trip around Tasmania; a builder from Melbourne and a Netherlands native who had spent many years travelling, but had most recently been nannying in Melbourne. 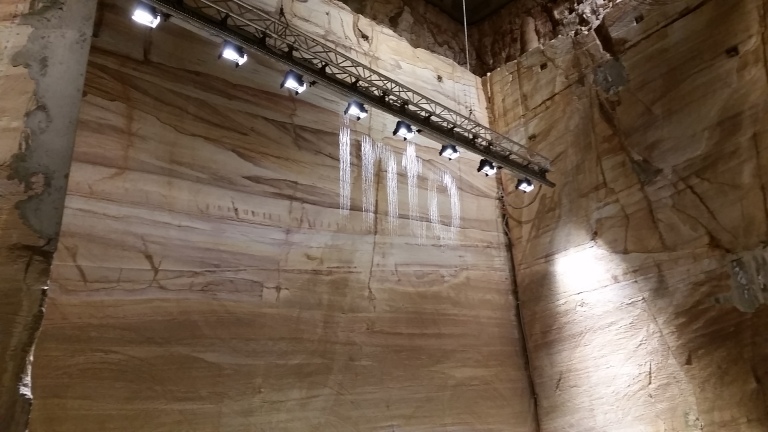 After a damp start we set off tracing Steve’s journey on the first day of the T de T. We drove through beautiful countryside and the lovely small towns of Triabunna and Little Swanport as Steve relived his recent experience (yawn…no just kidding!) a highlight was stopping at the aforementioned Spiky Bridge, and then we crossed the road where there was a particularly pretty bit of coastline, called, you guessed it, Spiky Beach. Several passing tourists stopped to give us small donations which was lovely. Meanwhile we went a bit crazy with the photography as the rock formations, spectacular orange and yellow moss, lichens whatever they are, on the rocks and the views were fabulous. As I wasn’t drawing or painting during this part of the trip we were overdosing on the photo references!

Onwards…we were aiming for St Helens, but only made it to Bicheno before it was time to head inland towards Launceston as we had to find somewhere to camp for the night and pick up Tim from Launceston airport at 5pm. The inland journey was delightful – gorgeous scenery through winding hilly roads. All went well and we found a lovely caravan park at Longford just out of Launceston, went through Perth (???) to pick up Tim and settled in for a peaceful night by the Macquarie River.

In Touring Tasmania Part 3 Steve, Tim and I travel mostly by car, but sometimes with two of us on bike, through the Great Western Tiers on our way to Strahan, then through mining country to see where the Goble family lived for a year when young children, Savage River, up through Burnie and back to Launceston to see Tim safely back to the mainland the night before we set sail again from Devonport – all this and more coming soon!