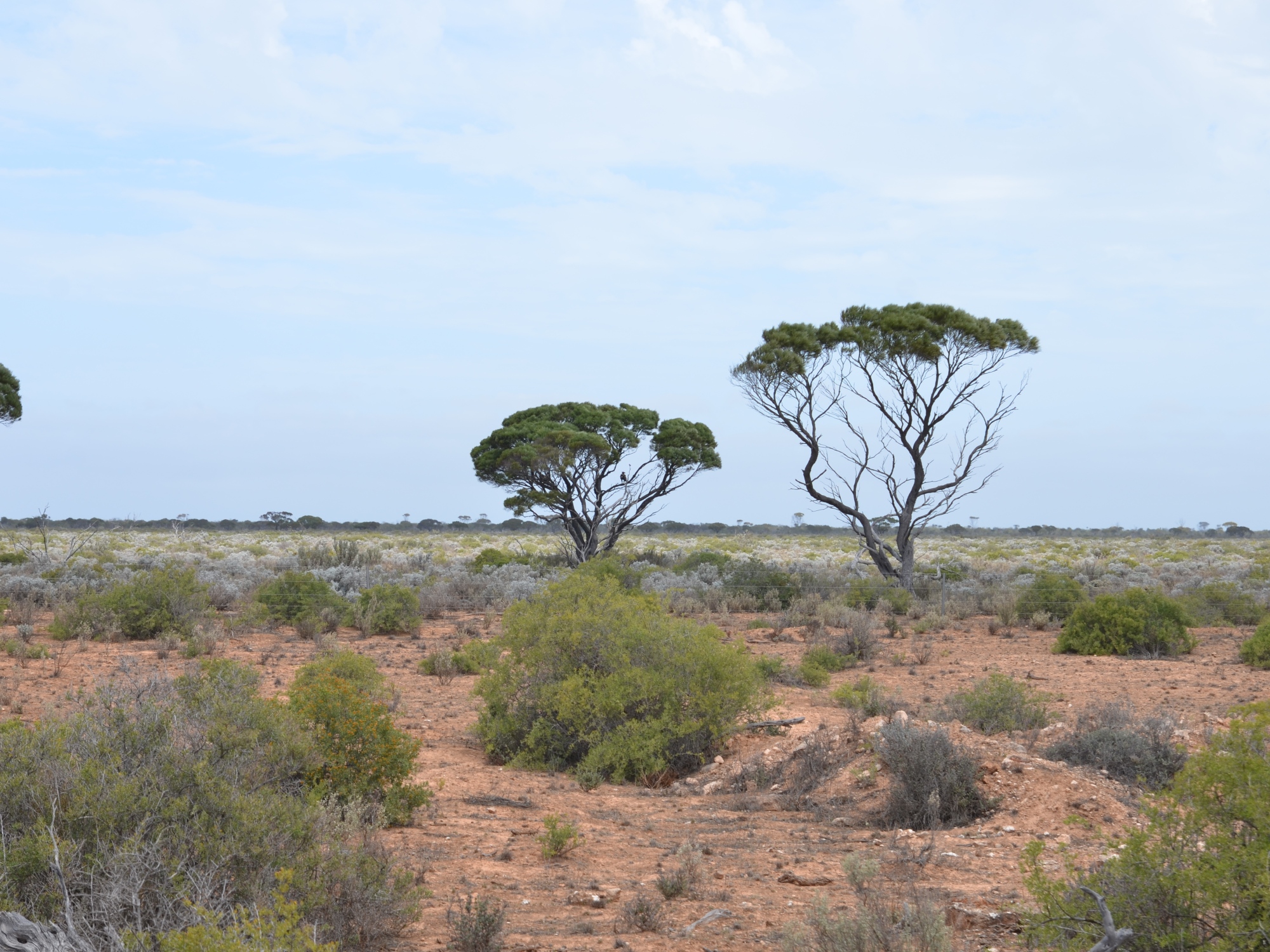 We had a very pleasant stay at Madura, it truly is an oasis which lies at the base of Madura pass and a rare and unexpected downhill glide for those cycling east.

I had enjoyed coasting down the pass so much that I returned with Miranda on the morning of our departure, as she was going to make a drawing of the view from the lookout, and coasted down again to start the days cycling at about 830am. 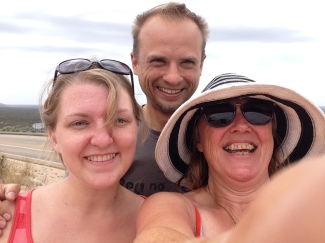 While she drew she met quite a number of travellers who stopped to enjoy the view and had a bit of chat. The couple above, Lars and Saskia (hope that is right – M’s memory can be a bit hazy!) are from Germany, though Lars is working in Melbourne at the moment. They were doing a three week trip to see a bit more of Australia – they had some ambitious plans considering the distances!

Once again the temperature was relatively cool (17-28 deg C) and I remained comforted by the SE breeze which is providing me with much needed training for the TdT in February. I smiled at the stray animals sign, picture below will explain why.

Today I became fascinated by the occasional mail boxes seen by the side of the highway, usually old fridges and / or 44 gallon drums. The sheep stations out here are massive, Fraser Range, for example is approximately 500,000 acres 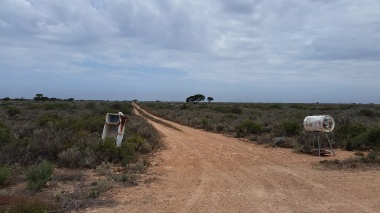 I arrived at our selected rest stop about lunch time and we decided to drive into Mundrabilla road house for some food.

On the way we passed a more pleasant looking rest area, which had a toilet (aptly named the ‘poo museum’), so we decided to move on an additional 16km to be a bit more comfortable. So strava wise, I did an extra 16km today, and 16km less tomorrow. 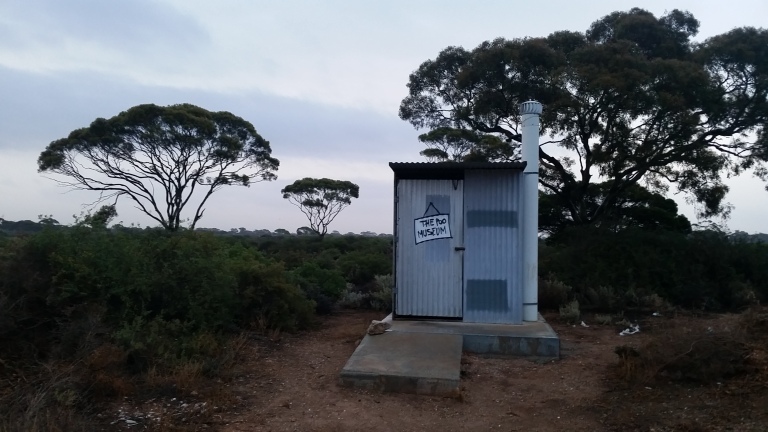 I gave the bush shower its first use and it was fantastic. A shower never felt so good.

‘Johnny the weed sprayer’ tracked us down and he was very keen to purchase the painting of Cocklebiddy he had seen Miranda working on the day before. He wanted it as a Christmas gift for ‘the woman who has everything’, his wife. He was such a friendly and supportive guy, M could not refuse and he went away with a lovely g0uache painting and a huge grin on his face.

In the mistaken belief we would have to give up all our fresh fruit and veg at the border, we stewed up a bag of lovely plums we had been given by staff at Radio West in Esperance. Turns out the SA quarantine check point is at Ceduna :). We also cooked up some vegetable pasta for dinner, watched over by a recently installed angel, then settled in for a cosy evening, drifting off to sleep with the comforting sound rain drops landing on the roof of the pod.

It was still raining the next morning. Oh well, at least the ride to Border Village will be shortish and I much prefer a bit of rain and cool weather to 40+ heat.