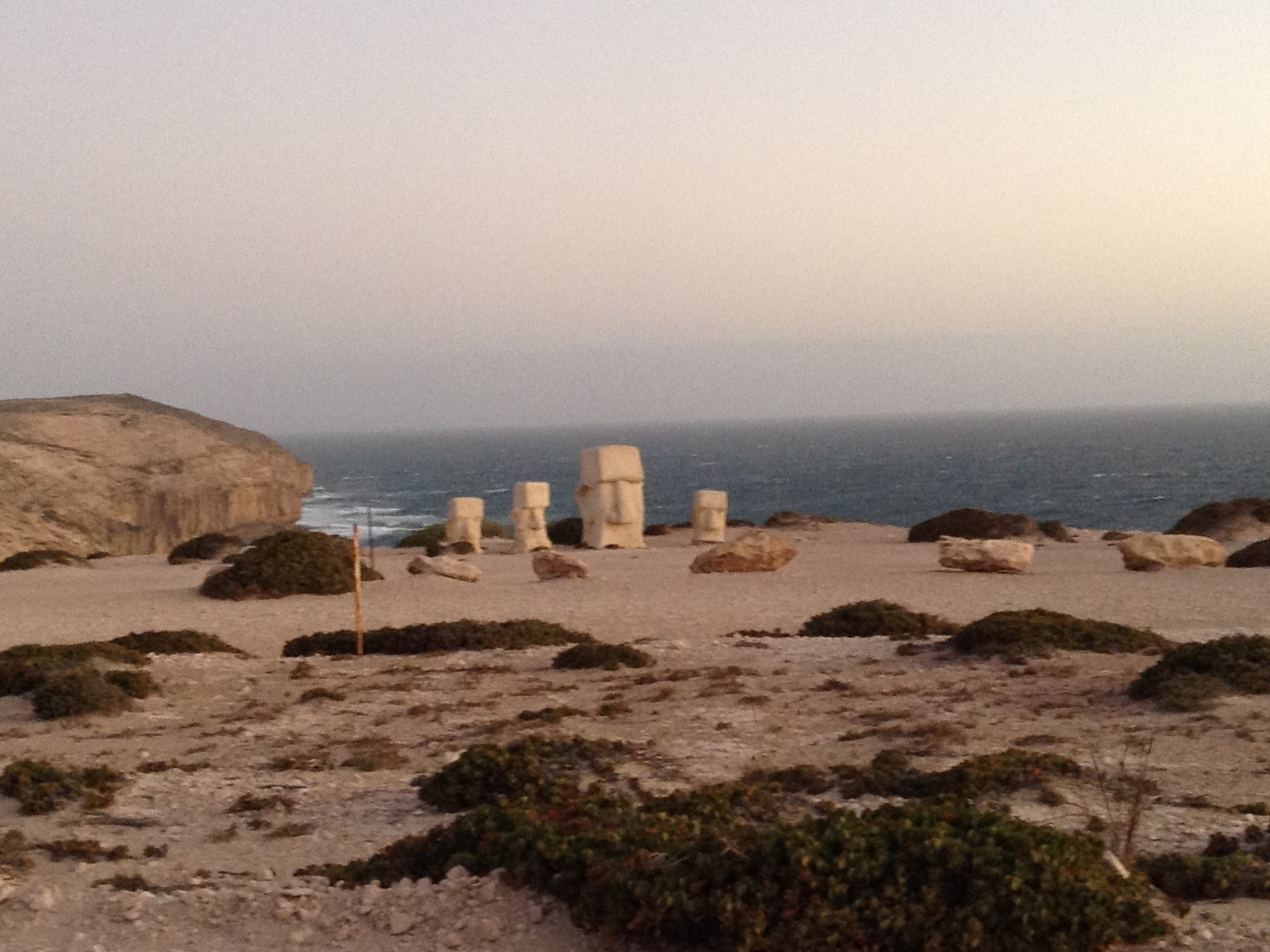 Today was one of the toughest I have ever had on the road, 130km into a 30 km/hr headwind with gusts to 55 km/hr. It was extremely challenging both mentally and physically. When I arrived at Elliston I was completely spent and my body ached all over. So much for the conditions, now a bit about the day’s journey.

We were both packed up and on the road by 8:45, Miranda heading into town the draw a picture of the hotel, and me pedalling south east towards my first planned break at Port Kenny. 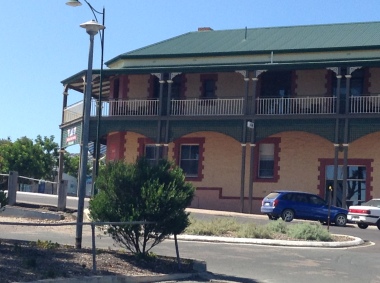 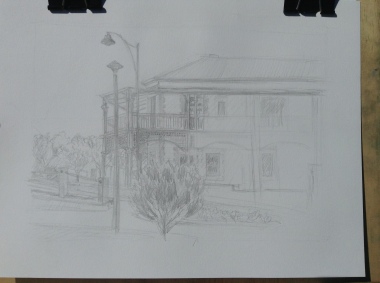 Not far out of Elliston I pulled over to the right to check out Eyre’s watering hole. The plaque reads:

‘EXPLORER EDWARD JOHN EYRE AND HIS PARTY CAMPED ON THIS SITE IN NOVEMBER 1840 TO REPLENISH THEIR SUPPLIES OF WATER BEFORE CONTINUING THEIR TREK TO ALBANY, WESTERN AUSTRALIA’ 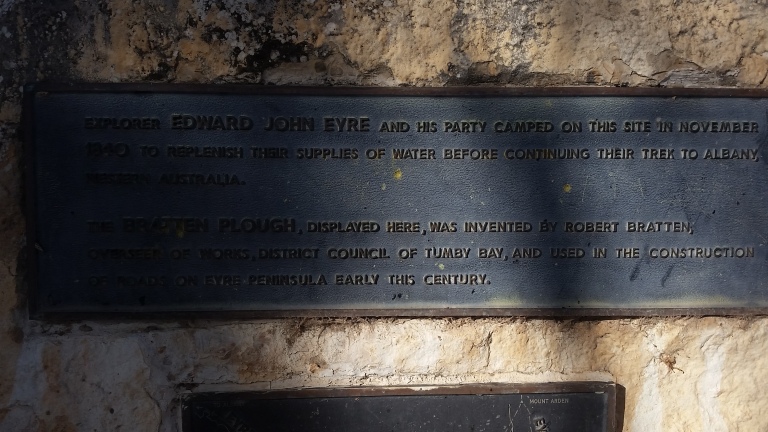 The watering hole was an important water supply for the Nauo, Wiranju and Kukata people and Eyre’s journal entry for 3rd November 1840 records:

‘This curious little hole contained water from five to seven inches in depth, the level of which was maintained as rapidly as a person could bale it out. This was the sole supply for ourselves and horses, but it was a never failing one’

The watering hole was difficult to photograph due to the angle of the sun, however you should get a good idea of its diameter and I can tell you it was about one metre deep. No evidence of the five to seven inches of water today, although the base of the hole was wet. 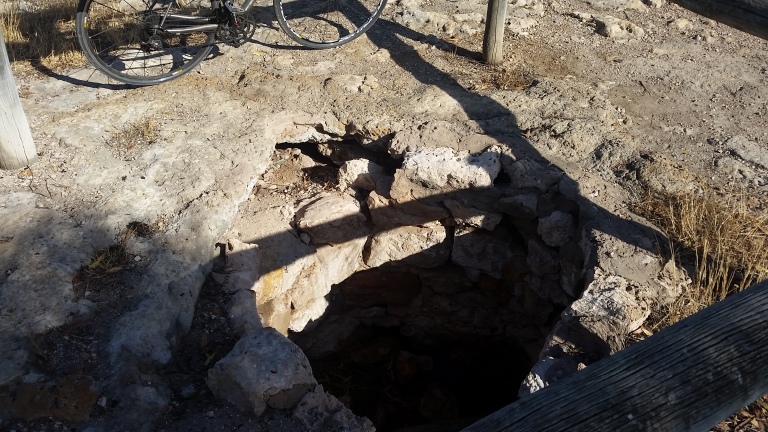 The terrain remained mostly agricultural with many fields of wheat stubble remaining after the summer harvest. The windmills I passed looked beautiful in the landscape and I loved the squeaking sound the pump levers make as they move up and down filling adjacent reservoirs with bore water. 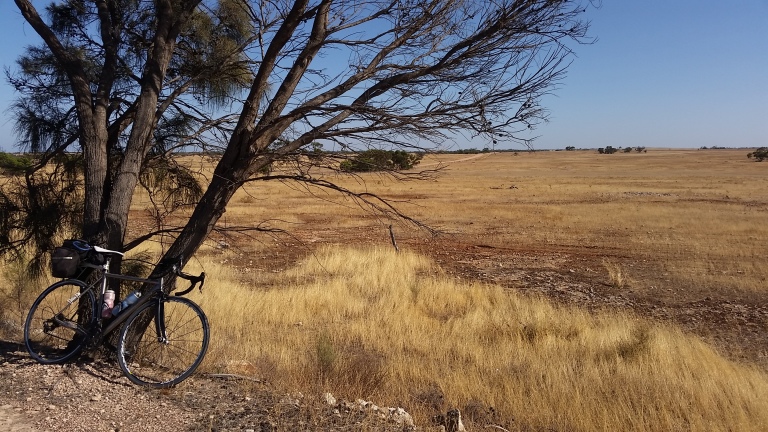 I pass some Viterra wheat silos; they are a regular feature of the South Australian grain country. 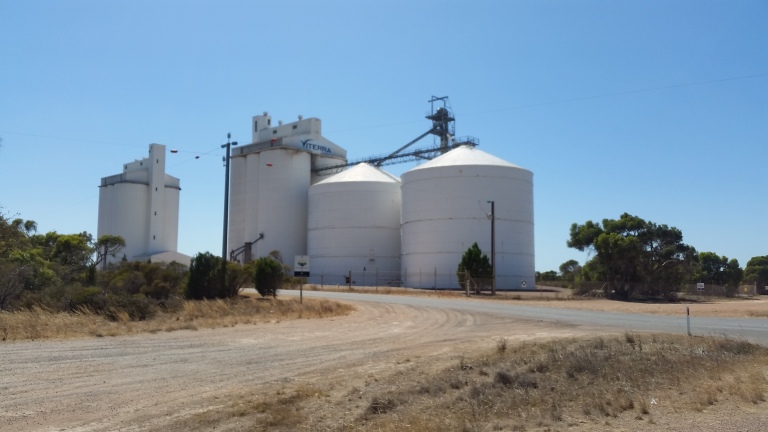 The promise of some respite was heralded by the funky old fashioned advertisement for the Port Kenny Hotel, the friendliest watering hole on the west coast. 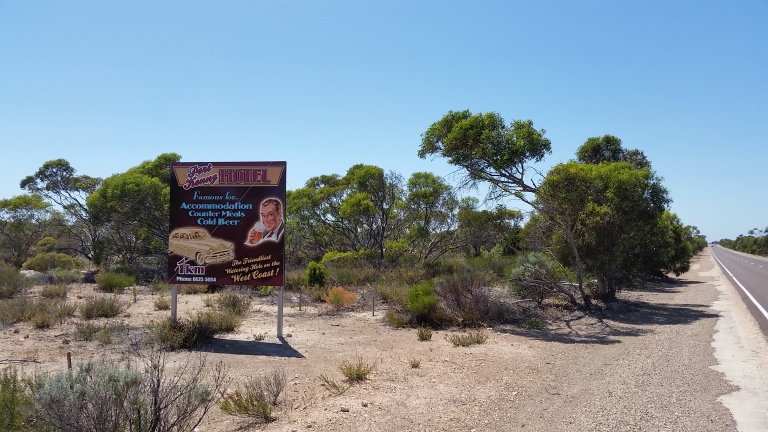 Miranda met me at Port Kenny and we brewed some coffee out of the back of the pod and prepared a sandwich for lunch. Curiously there were signs scattered about the town declaring a ‘temporary dry area’ from December 31 until January 1, it seems New Year was cancelled for Port Kenny. 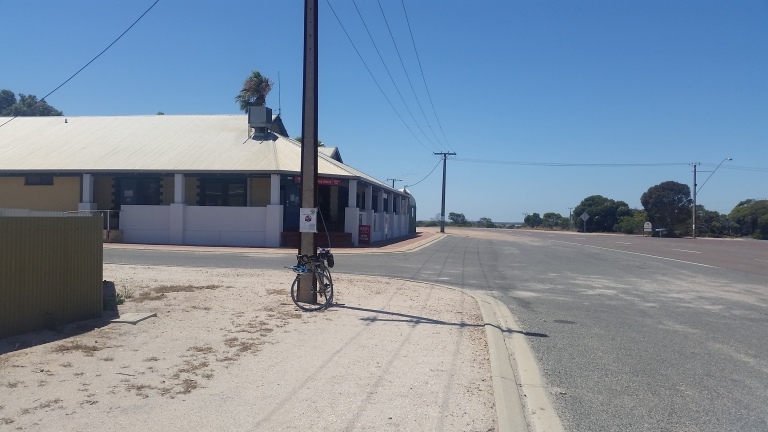 I pressed on towards Elliston and Miranda made a detour to Venus Bay which she said was beautiful, as were their prawns. 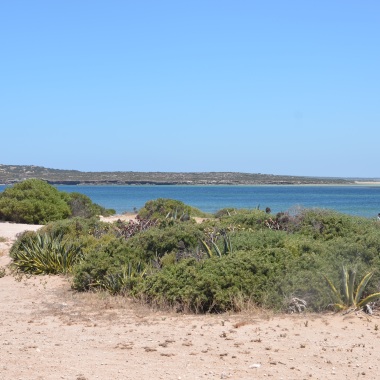 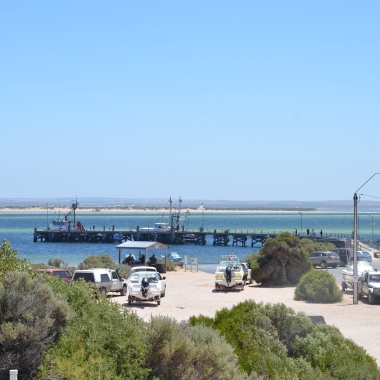 South Australia likes its monuments: they are everywhere. This one really caught my attention, it remembers a school that stood on the spot from 1901 – 1916! 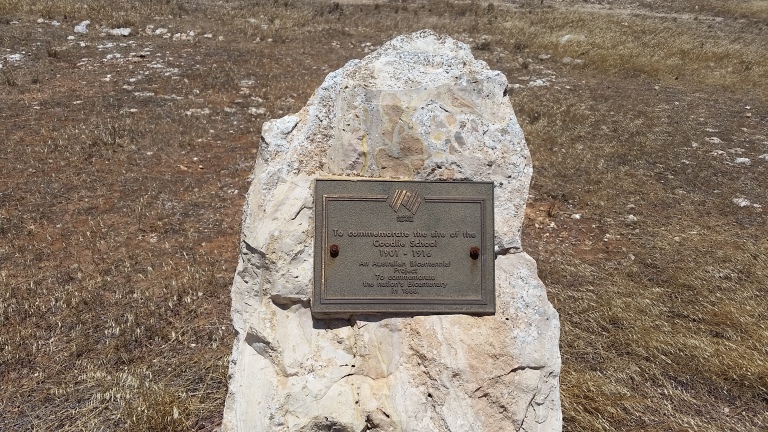 After six hours and ten minutes of gruelling pedaling I arrived at the very attractive Waterloo Bay Caravan Park and was immediately handed a cool coke by Peter from Adelaide, who Miranda had been chatting with, it was heaven. It was quickly followed up with a beer that ‘had some cash stuck to it’. We chatted with Peter and his extended family for much of the afternoon (turns out his dad use to build cycles, complete with wooden wheels) before taking a drive to the local cliff tops to watch the sunset and view the sculptures dotted along the road. The coast around Elliston is just stunning, we vow to return. 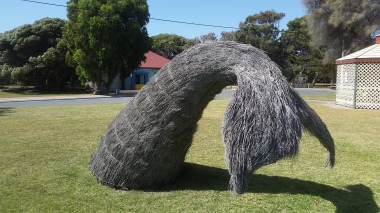 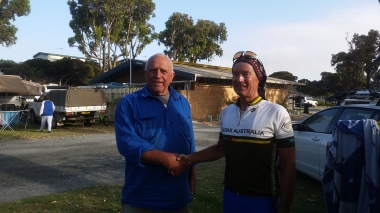 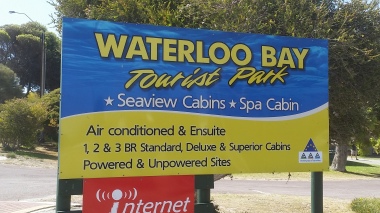 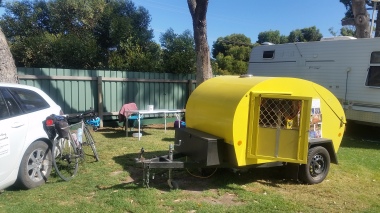 The Waterloo Bay Park management were very supportive, giving us a free upgrade to a powered site as well as providing us with ice without charge. 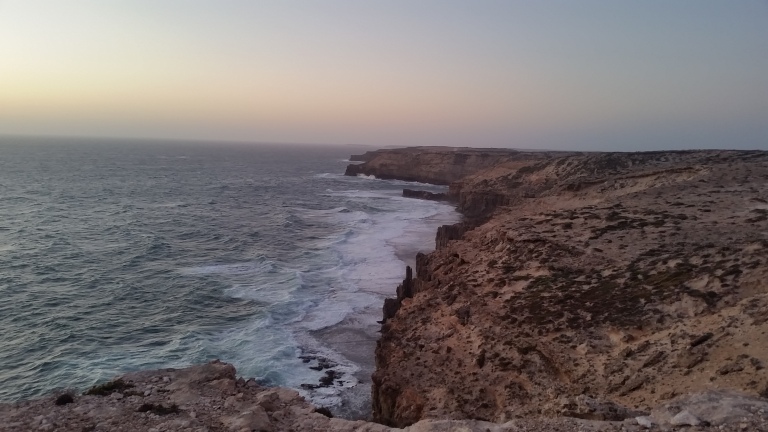